Curve Your Way Into A Book

Get your workout and reading material at one location tomorrow from 10 am to noon!

I will have copies of all my books with my pen ready to sign for y'all!

Additionally, I am bringing a basket of goodies. To qualify to win, Curve members and new members can call to setup a coaching session between the 1st and 7th of April.

See you there!
Josephine

Posted by Josephine Templeton at 10:26 AM

Night at The Myrtles

Sorry it has been awhile. Life happens, right?

So before I get to my latest adventure, I want to note that I pulled a muscle in my lower back.  I thought I was on the mend, but the stairs at the plantation set me back. Please say a prayer, because I am now stuck on a heating pad ... grrr ...

On to the ghost hunting ... 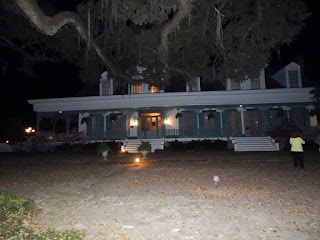 I love The Myrtles ... from the beautiful grounds with colorful flowers and moss filled trees ... to the exquisite and cozy courtyard with wrought iron tables and chairs ... to the ghosts that traverse this southern Louisiana plantation. So naturally I jumped at a chance to stay the night in the famous haunted plantation!

A few are particularly interesting.

This lady and gentlemen kept watch over our rooms. 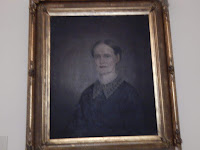 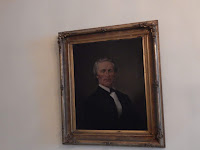 They seemed fine, but when we came back from dinner, the atmosphere surrounding them seemed darker. So I took some more pics, and I kid you not ... one frame took a blank picture ... the next were ok ... then I shifted to the other for more .. and she gave me a blank picture as well. My camera has been and is still working just fine. So that was strange.

Then, I looked at the pics and saw his right had a strange look to it.  This pic looks like his eye has dried blood around it ... as if he had been shot!  See for yourself: 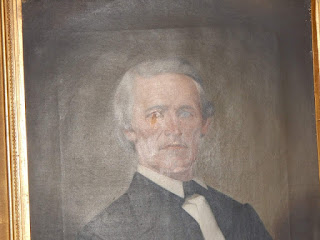 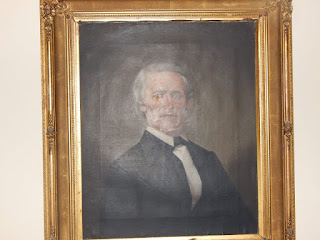 Another thing I noticed was a strange smell in the hallway. I thought at first that the faint, stale odor of cigar might have come from another guest's clothing. Yet only my group was up there at the time. Perhaps the ghost of the confederate soldier from the room we stayed in had paid us a visit?

Here are a few of my favorite pics ... 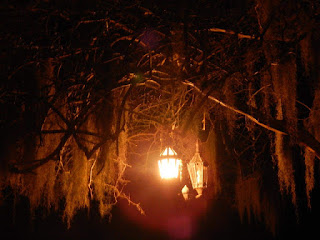 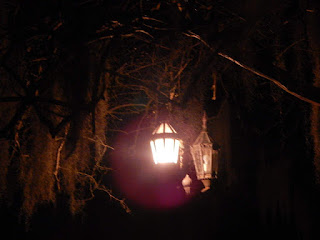 To sum up the sleeping hours ... Lots of noise from other guests until the wee hours of the night ... lots of me waking myself up to see a ghost ... that was there only in my brain.  I did dream about my feet being stuck in live crawfish and some random dude holding ten kittens ... He kept popping up in  my dream like the Verizon dude. LOL 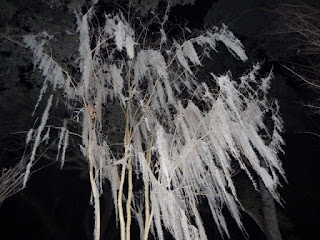 It was a fun experience, but I am looking forward to sleeping in my own bed cuddled next to my gentle giant!

Enjoy,
Josephine
Posted by Josephine Templeton at 2:54 PM No comments:

I decided to change the name of my blog from The Journey is the Reward to Josephine's Journey. I still believe in it's concept, but recent local events have set my heart and brain into a whirlwind.

The Journey is the Reward ... hmm ... what's so rewarding about a tragedy? For a community torn apart by man made tragedy, the reward today is watching neighbors saving neighbors whether they are black, red, white, blue, orange or green. Today's reward is Hope ... HOPE that despite our bickering and differences, we are families-from-another-father: God.

I am the last child of 9 siblings. Trust me. I know about bickering!

Now I'm NOT saying God causes misery to fall upon us. We are His children. He loves us unconditionally. But as a parent, I have learned that sometimes children have to learn the hard way.

Changes ... We hope that change is good. Lately, changes have resulted from so much negativity surrounding our community. I can't help but wonder if the message is to draw a torn community back to one another. God has a plan. We must have Faith.

August 12, 2016: Friday morning, I snoozed my alarm more than normal as I decided that the rain, lightening and thunder pounding at my bedroom window was not worthy of getting out of bed. Texts from co-workers confirmed my decision and theirs to stay home and off the roads.

My heart froze. What on earth? Was he serious? That's just nuts!

I called, and he confirmed. The home I grew up in had an inch of water. It had NEVER been threatened by water before.  My parents bought the house in 1978. The rise of living costs against a fixed income influenced my father's decision to cancel his flood insurance.

The day progressed. Water rose. His stubborn ass refused to leave. Yes, he was pissing me off. Then at around 2 pm, he called to let me know that he contacted Central Fire Department. God bless those men who got my parents out!

Love and prayers to my family and friends suffering.
Josephine

Posted by Josephine Templeton at 9:34 PM

I'm pretty excited to have finally gotten around to updating my book trailer for Scorned.  Check it out at https://youtu.be/lWD9J8k65YA!  Hope you like!

Enjoy the angel wings!
~ Josephine
Posted by Josephine Templeton at 3:20 PM No comments:

Freebie for My Readers 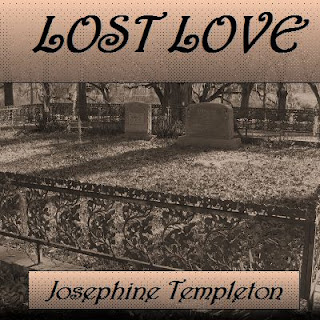 Please sign up to follow by email to get the password for a short story I wrote entitled Lost Love, which can be found here:
Lost Love

Thanks, and enjoy!
~ Josephine
Posted by Josephine Templeton at 5:54 PM No comments:


Posted by Josephine Templeton at 7:34 PM No comments:

My Interview/Review by Dionne Charlet, Examiner.com

"Scorned is a fun read, much along the lines of an episode of Buffy the Vampire Slayer with a Sookie Stackhouse Louisiana-vampire-bar vibe and a sprinkling of angel lore reminiscent of Supernatural. The characters have that kind of kickbutt likability factor peppered with just enough personal imperfection to soon become endearing to any ravenous fantasy-genre reader in search of an otherworldly heroine. The fallen protagonist, Angelle-ically embodied in human form through Templeton's words, is not likely to be scorned by readers at all. It would be easy to see this character grow to command a fan following. There is a lot to love about this story, chock full of bad vamps, good vamps, more bad vamps, werewolves, demons, a touch of romance, and the coolest alternate dimension this side of the bayou. The bad news is the book is so hard to put down, it is over before you know it. Click here for the Kindle edition. The good news is there's a second book." ` Dionne Charlet, Examiner.com

For more on my interview, go to http://www.examiner.com/article/josephine-templeton-on-writing-scorned-fallen-angels-and-vampires.

Posted by Josephine Templeton at 7:07 AM